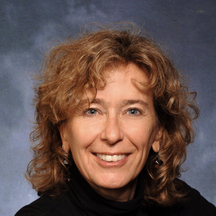 We study reovirus-induced myocarditis (cardiac inflammation and tissue damage) in mice as a model for this important human disease. Recently, we have focused on the cardiac response to viral infection, with particular emphasis on viral induction of the antiviral cytokine interferon-beta in cardiac cells. We are interested in both the viral genes that stimulate this response, and the cardiac transcription factors and antiviral proteins that are central to protection against disease. Our approaches, using primarily molecular techniques, include the use of transgenic mice and primary cardiac myocyte cell cultures. This research is funded primarily by NIH.

We study viral infections of the heart to identify the viral and host determinants of cardiac damage. Viral myocarditis is indicated as the second leading cause of sudden death in young adults. While viruses can induce immune-mediated pathology, it is likely that most viruses induce damage by directly injuring cardiac cells. Reovirus-induced myocarditis in neonatal mice reflects direct injury to the heart and offers an outstanding model for investigation. We use a wide range of approaches in vivo and in primary cardiac cell cultures to probe antiviral cell responses, particularly those that are unique to cardiac cells. We have found that the Type I interferon (IFN) response is an important determinant of protection against viral myocarditis. Our current investigations focus on: 1) the cardiac IFN response, 2) reovirus subversion of the IFN response, and 3) novel therapeutic approaches for viral myocarditis.