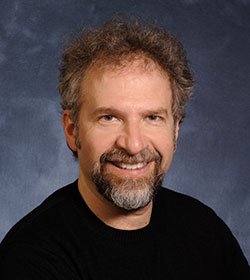 Jon Horowitz graduated from Brown University with a degree in Biology in 1980. His graduate research was conducted at the McArdle Laboratory for Cancer Research at the University of Wisconsin-Madison where he cloned and characterized the first endogenous retrovirus.

Jon received a Ph.D. in Molecular Biology in 1985 and became a post-doctoral fellow in Robert A. Weinberg’s laboratory at the Whitehead Institute and the Massachusetts Institute of Technology in 1986. His post-doctoral research focused on the characterization of the functional and biochemical properties of the retinoblastoma (Rb) protein, a product of the first cloned tumor-suppressor gene. Jon showed that this tumor-suppressor protein was a target of several viral oncoproteins and discovered the first inactivating mutations within the Rb gene.

Jon was appointed Assistant Professor at Duke University Medical Center in 1989, and helped discover that the Rb protein regulates cell proliferation via its control of transcription factor E2F. Jon moved to North Carolina State University in 1998 and rose through the ranks to Assistant Department Head of the Department of Molecular Biomedical Sciences. At NC State, Jon’s laboratory focused on the regulation of stem cell proliferation/differentiation and the conversion of stem cells into tumor cells. Jon’s laboratory received research funding from the NIH for more than 20 years.

Jon was appointed Assistant Vice Chancellor for Research at NC State in 2013. In this position he oversees 42 NC State Centers and Institutes, and is responsible for general University research infrastructure. Jon provides oversight of the University’s five Core Research Facilities (Cellular and Molecular Imaging Facility, Genomic Sciences Laboratory, Analytical Instrumentation Facility, NC State Nanofabrication Facility, and Molecular Education, Technology and Research Innovation Center) as well as various research seed-funding programs, including the Game-Changing Research Incentive Program (GRIP). Jon has chaired or been a member of 30 NIH and DOD extramural study sections, has served as an ad hoc reviewer or editorial board member for 25 scientific journals, has received a faculty research award from the American Cancer Society, and is a Pew Scholar in the Biomedical Sciences. Most recently, Jon received the Society of Research Administrators International 2017 Partnership Award for International or Inter-collegiate Collaboration.