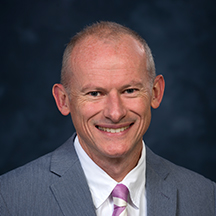 GLOBAL HEALTH, SPONTANEOUS ANIMAL DISEASE MODELS
Dr. Gerard’s research interests have varied over the years from that of equine exercise physiology during his PhD studies, to clinical based research regarding surgical site infections following colic surgery, to a current focus on clinically applied anatomy research. Projects have included anatomical studies on distal limb nerve blocks in cats and blocking the brachial plexus of the eastern box turtle. An ongoing primary interest, which began in 2016, is the mapping and describing of the head and limb anatomy of the white rhinoceros. This research was commenced in response to the need to understand the paranasal sinus and nasal cavity anatomy of the rhinoceros, of which many were and still are, sustaining traumatic wounds to this region when poached for their horns.