The Companion Animal Epilepsy Research Laboratory is dedicated to develop more effective treatments for seizures in our companion animals, and learn more about the cause of epileptic seizures in dogs and cats. Our goal is to provide education and outreach to promote a greater understanding of epilepsy and its management while fostering a “One Medicine” approach to benefit both humans and animals with epilepsy.

Epilepsy is the most common chronic neurological disorder in veterinary medicine, and is estimated to affect up to 1% of dogs and 2% of cats in the general population. The term epilepsy is used to describe recurrent seizures that arise due to an abnormality in the brain. The most common cause for recurrent seizures in dogs is idiopathic epilepsy, and many breeds of dogs are genetically predisposed to this disorder. Epilepsy is typically managed with medication directed at controlling the seizures, although the majority of pets do not become seizure free. In these cases, efforts are directed at maximizing seizure control while minimizing treatment related side effects, so as to provide the best quality of life for the pet and the caregiver.

Epilepsy is a multifaceted disorder. Through partnerships with foundations, industry and other universities, our laboratory studies novel treatment modalities, basis of disease, and improved methods to support pets with epilepsy as well as their caregivers. Much of our work has focused on refractory epilepsy in dogs, evaluating the reasons why dogs might have seizures that are resistant to treatment, as well as exploring methods to achieve better seizure control with medications and alternative forms of therapy.

Each study that we embark upon typically requires many hours of recruitment to locate the specific breeds or characteristics needed for a particular study. To help minimize the time and costs associated with this process, we maintain a Nationwide Database of Pets with Epilepsy. If you would like your pet to be included in this listing, please click here. This information will be held confidentially within the laboratory and the listing will not be distributed to others.

What Is A Seizure?

A seizure is a transient disturbance in brain function due to abnormal electrical discharge from brain cells. Other names for seizure include convulsion, fit or ictus. Seizures most frequently manifest as involuntary jerking movements of the head, face and/or limbs. Many animals lose consciousness, and are not aware of their surroundings. Excessive drooling, along with voiding of urine or stools can be seen. Seizures start and stop abruptly, and typically last a few minutes or less. A postictal period follows the seizure, during which animals can be uncoordinated or temporarily blind, and display abnormal behavior such as confusion, disorientation, restlessness, or aggression. The postictal period can last minutes to hours.

There are numerous reasons why an animal might seizure, and seizures are often classified according to their general cause. Reactive seizures result when there is an imbalance of a substance, originating either within the body or in the environment, that adversely affects the normal brain. This can be secondary to abnormal function of organs such as the liver or kidney, low blood glucose, or exposure to certain environmental toxins. Structural epilepsy refers to recurrent seizures that occur secondary to a structural disease of the brain such as an infection, stroke or tumor. Idiopathic epilepsy is the most common cause of seizures in dogs. In this disorder, the brain appears normal, but brain cells are hyperexcitable due to a presumed or proven inherited predisposition.

In the initial evaluation of an animal with seizures, bloodwork should be performed to identify any abnormalities that might suggest a cause. Additional tests might be recommended by your veterinarian based on age at the onset of seizures, findings of the physical and neurological examination, and results of the initial laboratory tests.

What Should You Do If Your Pet Has a Seizure?

Watching a pet experience a seizure can be very disturbing. The best thing to do is remain calm and note the time the seizure begins. Make sure your pet is on the floor to prevent a fall, and protect your pet from water, stairs, children and other pets. Animals are not at risk of swallowing their tongues; do not reach into your pet’s mouth, or place items in the mouth while your pet is having a seizure because you may be accidentally bitten. It is important to time the seizure; if the seizure lasts for longer than 5 minutes or there are multiple seizures in one day, contact your veterinarian or emergency care facility. Keep a seizure diary to record the date, time, seizure length and description. This information will be helpful to your veterinarian as decisions are made regarding treatment.

How Are Seizures Treated?

Treatment is directed at an underlying cause, if one is identified. In addition, treatment with antiepileptic drugs is often initiated to help control seizures. It is important to realize that your pet may not become seizure free with treatment. Rather, the goal is to reduce the frequency and severity of seizures to an acceptable level. Antiepileptic medications can have side effects, and treatment involves finding the right balance to maximize seizure control while minimizing drug related side effects. It is important that antiepileptic drugs be administered consistently and at the prescribed dose, as sudden changes can result in seizures.

How Will Epilepsy Affect My Pet’s Life?

Epileptic pets are typically normal between seizures and can have a good quality of life and a normal lifespan. It is important for your pet to be evaluated regularly by your veterinarian, to review seizure diaries and evaluate treatment success, screen for any side effects, and discuss any concerns that you have regarding your pet’s care.

Additional Information to Help You Care For Your Pet Seizure Logs

Our studies are open to patients of the Veterinary Hospital and beyond. We are continually taking applications for upcoming trials. Click here to browse trials by species or service.

Please keep in mind that each organization is independent and has their own set of rules and guidelines. Therefore you will have to investigate each one separately to determine if you qualify for assistance:

The primary goal of the Seizure Studies Fund is to help support continued research into the treatments and causes of seizures in companion animals. Epilepsy can have a significant impact on the pet from a health standpoint, as well as posing a financial and emotional burden for the caregiver. Sadly, many epileptic pets are surrendered to pet rescues or euthanized because of these factors.

By continuing our research, we hope to improve the quality of life for pets with epilepsy and their caregivers, (please select “other” on the fund list and indicate the name Seizure Studies Fund in your gift).

Veterinary Clinical Epilepsy Research, teaching and outreach would not be possible without the financial support from our sponsors. We would like to acknowledge the following for their current and past support of Epilepsy Clinical Research Efforts:

Much of our work would not be possible without the ongoing efforts of Mr. Willard J. Moore and his Mission for Molly.

We would like to also recognize and thank the following organizations for their support of canine epilepsy education and outreach on a continued basis. 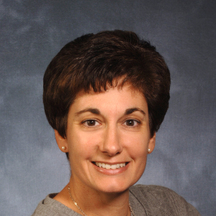 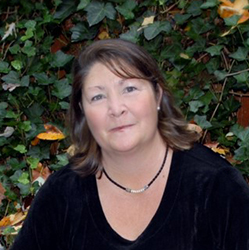